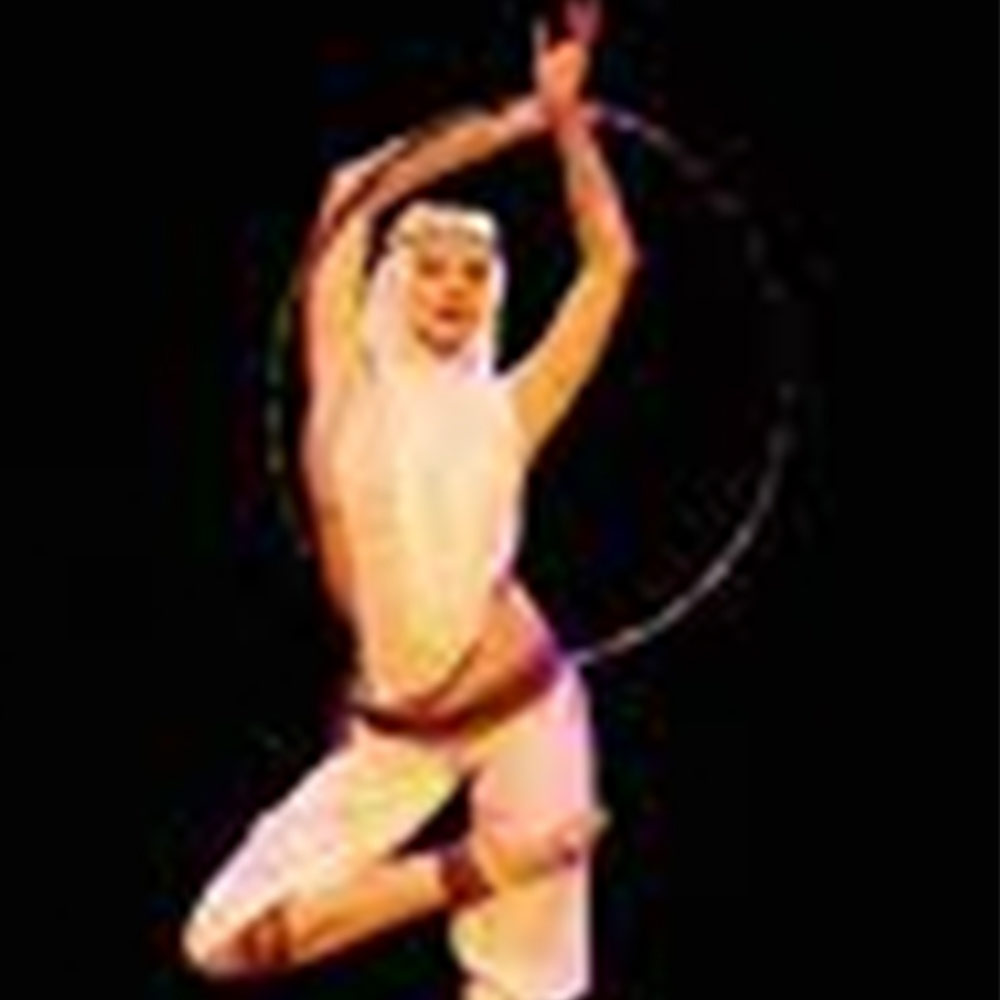 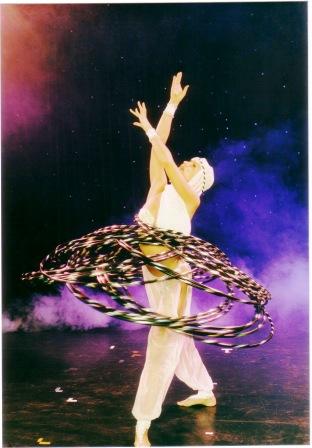 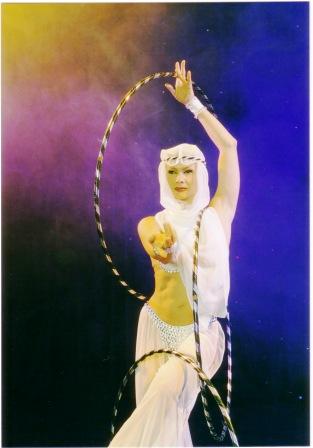 Yelena Larkina is a former rhythmic gymnast of the Soviet Gymnastics Team and a Silver Medalist at the 1985 USSR championships. She joined Moscow’s State College of Circus and Variety Arts (a.k.a. the Moscow Circus School) in 1987, where the famous Russian act director Valentin Gneushev noticed her. Gneushev made Yelena the dancer-assistant to the famous juggler-on-rolling-globe, Yury Borzykin, with whom she performed, in 1991, at the Gershwin Theater on Broadway, in Steve Leber’s production of Cirk Valentin. In that show, Yelena also performed an early version of her hula-hoop act. Gneushev helped her develop her hula-hoop act into something unique. The act was an immediate sensation. In 1994, Yelena’s act won a Bronze Medal at Paris’s Festival Mondial du Cirque de Demain. She has been featured in many of the world’s major circuses and variety shows, including: Cirkus Benneweis in Denmark; the Big Apple Circus in the United States; Circus Knie and Circus Conelli in Switzerland; and, in Germany, Circus Krone, Frankfurt’s TigerPalast, Düsseldorf’s Apollo Varieté, and Berlin’s WinterGarten. Yelena Larkina is married to juggling legend Kris Kremo. 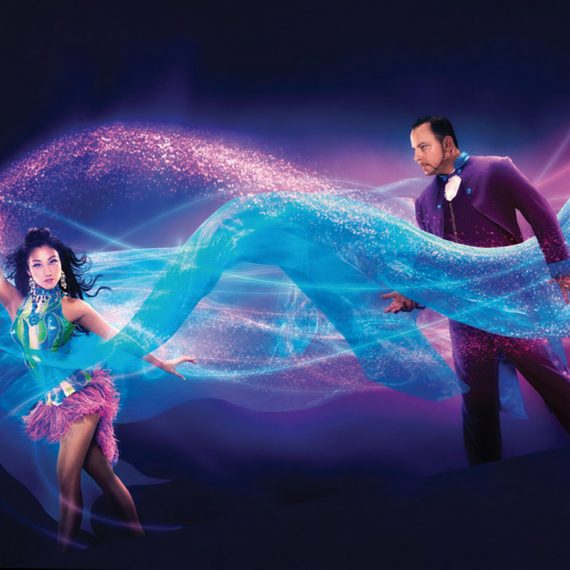