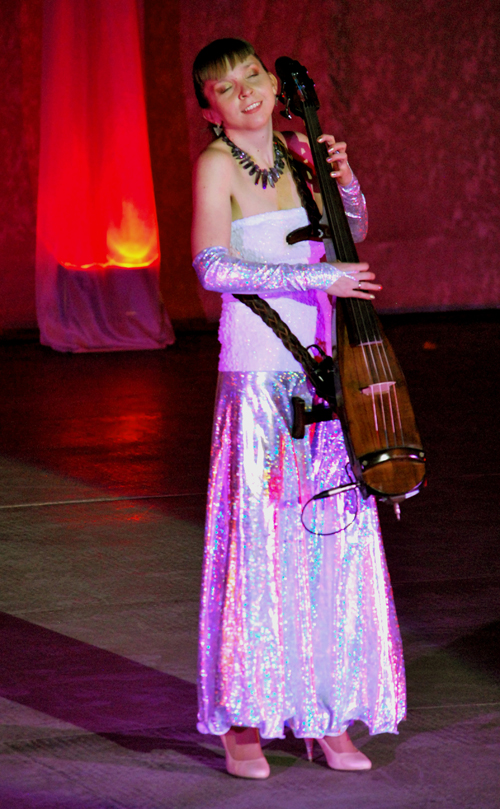 Aleksandra Ostrykh – A uniquely talented cellist. She will take you on a journey through modern, classic and country music.

One of the things Aleksandra enjoys the most is playing music and sharing her talent with others. Aleksandra received her musical education at the Donetsk Music Academy, which is known for keeping the traditions of the world famous Russian cello school alive. She started playing the cello at the very young age of five demonstrating fantastic abilities which over the years developed into a deep beautiful sound and virtuosic technique. She has played in many well-known orchestras, string quartets and competed in events as a soloist throughout Europe and India as well as performing on various cruise ships. Recently Aleksandra started playing using a unique electric cello. Her solo performances leave an unforgettable impression in hearts of the audience.

Aleksandra’s musical career includes a variety of music competitions and concerts. She is known for being a soloist in the Cherkassy Philharmonics Orchestra. Aleksandra also performed throughout the Ukraine including with the Ukrainian National Philharmonic Hall. She was a member of the modern music project “Quarta +” which took part in the renowned Ukrainian festivals including, “The Two Days and Two Nights of Modern Music” and the “Kiev Music Fest”. Her achievements also include a release of her CD album which brings a new flavour into the world of modern Ukrainian music. Aleksandra was also a member of the “Aurora String Quartet”